To share your memory on the wall of Mr. Nigel Shelby, sign in using one of the following options:

Provide comfort for the family by sending flowers or planting a tree in memory of Mr. Nigel Shelby

Provide comfort for the family of Mr. Nigel Shelby with a meaningful gesture of sympathy.

He departed this life on April 18, 2019, at Huntsville Hospital. He was baptized at the age of 12 years old and was a member of Greater Fellowship Church in Sheffie... Read More
Nigel Ahmad Shelby was born on February 1, 2004, in Huntsville, Alabama.

He departed this life on April 18, 2019, at Huntsville Hospital. He was baptized at the age of 12 years old and was a member of Greater Fellowship Church in Sheffield, Alabama.

Nigel was a 9th grader at Huntsville High School. He loved theater and history. Nigel spent many years in band where he played the clarinet, trumpet, and drums. Nigel had big dreams of being an actor, singer, dancer, rapper, and all around entertainer, but most of all he wanted to be an activist for the LGBTQ+ community. Nigel loved to write, he loved gymnastics, and taking selfies. He was a fan of Beyonce and was very passionate about Ariana Grande.

He was preceded in death by his grandmothers, Mrs. Rosetta Townsend and Irene Howard, and cousins, Kiion Toney and Giovanni Beckwith.

To send flowers to the family or plant a tree in memory of Mr. Nigel Shelby, please visit our Heartfelt Sympathies Store.

Receive notifications about information and event scheduling for Mr. Nigel

We encourage you to share your most beloved memories of Mr. Nigel here, so that the family and other loved ones can always see it. You can upload cherished photographs, or share your favorite stories, and can even comment on those shared by others.

Emma Vuley, Kennametal Huntsville Team, and others have sent flowers to the family of Mr. Nigel Shelby.
Show you care by sending flowers

Posted Jun 24, 2019 at 11:07am
I only hear of you story when I came cross you IG page. I felt drawn to seek further into what happen to this young man. After reading about his story, my heart was sadden to see such a beautiful young life was shorten by his struggles. I felt compel to do something I have never done before. Reach out to share a words of encouragement. To the parents of Mr. Nigel, you son had the most beautiful smile, I could feel his energy and that ray of sunshine that you spoke of. I pray that your sad times and your heart ace come in short waves allowing you periods of time to heal, breath and remember what an amazing spirit that dwell among you. My God keep you and all of those that are connected to you in his perfect peace.

Posted May 21, 2019 at 05:43pm
I’m so sorry even though I didn’t know you I feel really about how they treated your son Nigel
Comment Share
Share via:
MB

Posted May 10, 2019 at 02:56pm
Jehovah God said that there is going to be a ressurection of both the righteous and the unrighteous at john5:28,29
Comment Share
Share via: 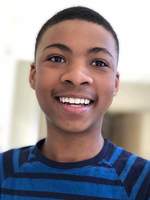 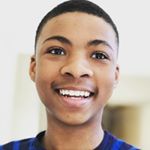