To share your memory on the wall of Willa Tibbs Brown, sign in using one of the following options:

Print
She was born Willie Mae Tibbs, May 12, 1934. She was the second of seven children from the marriage of John Willie Tibbs and Lucille Booker Tibbs in Harvest, Alabama.

She attended school in the Madison County School District. She playe... Read More
She was born Willie Mae Tibbs, May 12, 1934. She was the second of seven children from the marriage of John Willie Tibbs and Lucille Booker Tibbs in Harvest, Alabama.

She attended school in the Madison County School District. She played sports and received 4H training under the instruction of her mother Lucille Tibbs in conjunction with her elementary and secondary academics. Her father was strong in family values, helping his own mother to rear his siblings in his youth. He was also strong in the word of God, teaching his immediate and extended family biblical truths as lifelong standards by word and by example. From these roots, Willie Mae was inspired to live her life helping others. She coupled this inspiration with her love of, for, and about family.

After she graduated from high school, she moved from the south to seek additional education and employment to find and fulfil her life’s calling. She obtained an associate’s degree in¬¬¬¬¬ at Northern Kentucky University. She confirmed her calling in caring for others through nursing. First, she became a nurse aide at St.Frances Hospital in Cincinnati, Ohio. She advanced to become a surgical technician, and advanced again to become a Registered Nurse, also in Cincinnati Ohio. Her quests to fulfil her calling connected her with family members from Alabama to cities throughout the north. Because her love of family was an integral part of her being, she began to develop and nurture strong relationships throughout her extended family. She desired, and eventually developed an extended family of her own through many trials and errors.

Her first marriage was to Ivan Reed of Springfield Ohio: Through this union, she gained a stepdaughter, Alaina Reed-Hall, but the marriage was short lived. Fortunately, their friendship lasted a lifetime. Later, she met and married Willie Sanders. This union blessed the couple with a son, Willie J. Sanders. Again, the marriage was short lived while the friendship lasted a lifetime. She met and eventually married Willie D. Brown. Their union produced six children: Darwin J. Tibbs(deceased), Deldeanis Tibbs(deceased), Kirke Y.Tibbs, Pamela K. Tibbs(deceased) and Penni K. Tibbs. For the third time, the marriage was short-lived, while the friendship lasted a lifetime. She believed that people can get divorced but kids should not have to get divorced. She established a mutually agreed upon standard that even in divorce, parents could and should respectfully remain friends to facilitate continued parenting.

She married for love and answered to what she believed to be a higher calling, laying her life down to care for others. After injuries from an automobile accident essentially ended her career as a surgical technician and registered nurse, she used her cooking and food preparation skills to gain employment and to care for others through food service. She taught these skills to others to help them gain employment to support their families. She worked at Celestial Restaurant and The Bankers Club before returning to patient care as a psychiatric nurse at Longview State Hospital in Cincinnati, Ohio. She informally mentored younger women as the scripture indicates in Titus 2:4 that the older women should teach the younger women to be sober, to love their husbands, to love their children. She did as is written in Proverbs 31:27, she looked well to the ways of her household and eateth not the bread of idleness. She also did as is written in Proverbs 31:16, as she also dabbled in real estate, “she considereth a field, and buyeth it: with the fruit of her hands she planteth a vineyard.” As is written in Roman 10:9-11, “That if thou shalt confess with thy mouth the Lord Jesus, and shalt believe in thine heart that God hath raised him from the dead, thou shalt be saved. For with the heart man believeth unto righteousness, and with the mouth confession is made unto salvation. For the scripture sayeth Whosover believeth on him shall not be ashamed: She re-affirmed her earlier commitment to her faith in Jesus Christ as Lord and Savior. She spent her later years caring for the elderly and special needs adults in her own home until it was no longer feasible. She was blessed with a gift of giving to others. She made it a point to find a way to bless others with whatever they needed to become whole. Because she was a giver, she spent most of her life giving to others rather than needing to receive from others. Her giving confirmed the truth of Luke 6:38, “Give and it shall be given unto you, good measure, pressed down, and shaken together, and running over, shall men give into your bosom. For with the same measure that ye mete withal it shall be measured to you again.” True to her calling, she continued to discover ways to bless others throughout the final days of her life.

To send flowers to the family or plant a tree in memory of Willa Tibbs Brown, please visit our Heartfelt Sympathies Store.

Receive notifications about information and event scheduling for Willa

We encourage you to share your most beloved memories of Willa here, so that the family and other loved ones can always see it. You can upload cherished photographs, or share your favorite stories, and can even comment on those shared by others.

Antuan Burress-El, Tangela Howard, and other have sent flowers to the family of Willa Tibbs Brown.
Show you care by sending flowers

Posted Jul 18, 2020 at 12:56pm
Hello Penni, Web, Zoe, Aunt Martha, Kirk, Poundsy! I am not able to come to Alabama for the funeral and I am extremely disappointed about that. However, Silas, Samuel and Sophia hit the road at 5am this morning and will arrive in Huntsville for the funeral. They will be staying at the hotel overnight and drive back to Cincy Sunday morning. They will represent those of us in my T-Crew that are not able to come (Simeon, Salome, Sara, Samara and Stephanas). I love you and the family, miss you and my deepest of heartfelt love, condolences and prayers are with you and all the precious relatives and friends) now and always!!! I hope and am working on seeing and spending precious time together with you very soon. I am so thankful to God for the love, support, prayers that Ma-Willa gave me (and our family) from when I became a part of the Tibbs family (even before Darwin & I were married) - since in 1980/81. She helped us so much!! She now gets to enjoy all of her eternal rewards with The Father, Son & Holy Spirit in Heaven!!! Willa is a wonderful example of Love, Sacrifice, Strength, Courage, Talent and Ingenuity!!!❤💝❤💝❤💝❤ 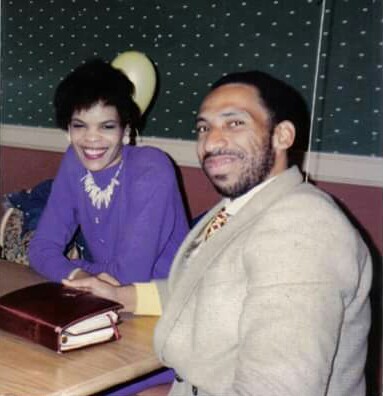 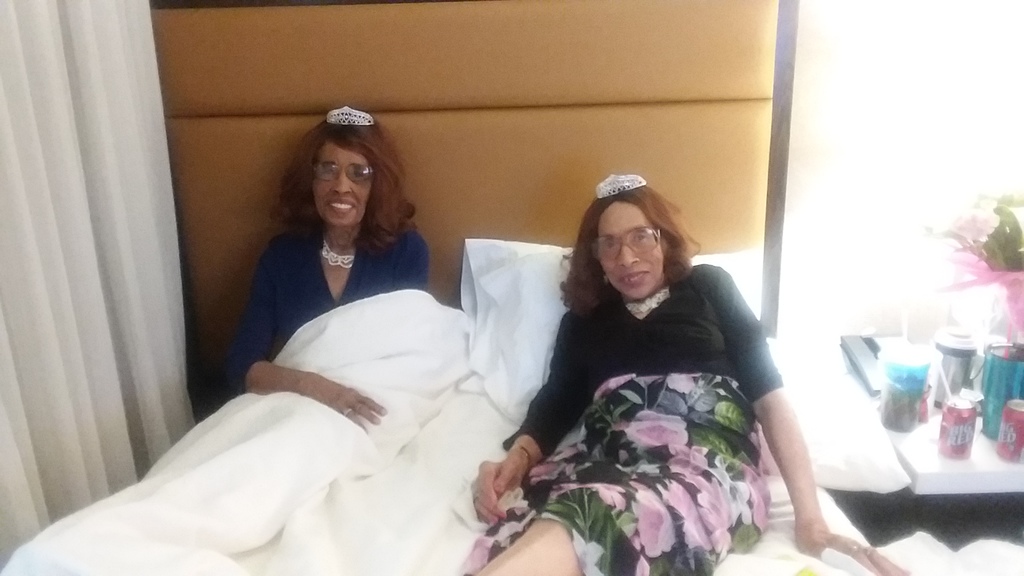 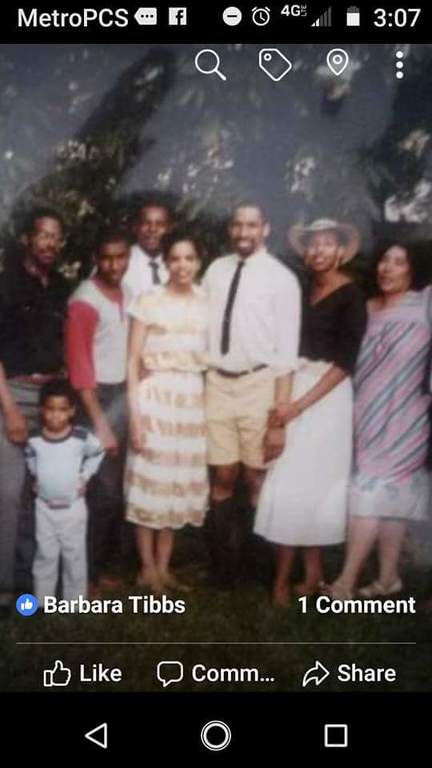 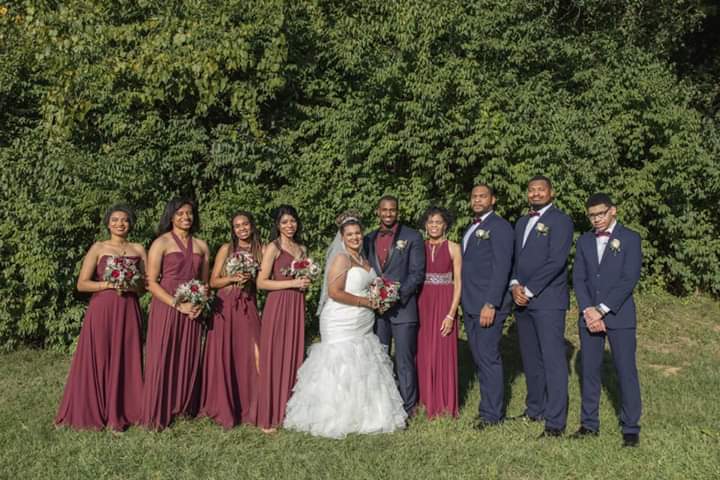 Flowers were purchased for the family of Willa Tibbs Brown. Send Flowers

Posted Jul 16, 2020 at 12:47pm
Condolences to Willa's loved ones. May God hold you closer during this time of transition. Much love from Faye and Pooh the Ayers and Sanders family. 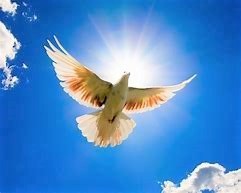 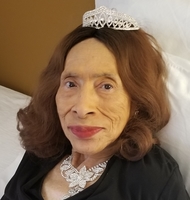 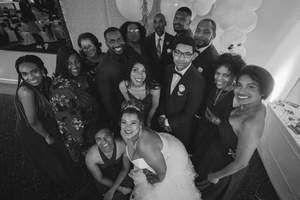