To share your memory on the wall of Mr. Dwayne Ross, sign in using one of the following options:

Provide comfort for the family by sending flowers or planting a tree in memory of Mr. Dwayne Ross

Provide comfort for the family by sending flowers or planting a tree in memory of Mr. Dwayne Ross

Dwayne joined Siloah Lutheran Church at an early age and gave his life to Christ at 6 years old.

Dwayne joined Siloah Lutheran Church at an early age and gave his life to Christ at 6 years old.

Dwayne received his early education in Milwaukee, Wisconsin, graduating from Custer High School, and furthered his education in college in Huntsville, Alabama. He attended Global University of Purdue online where he received an associate’s degree and was working on his bachelors. He worked in retail for 30+ years. He enjoyed working with others and took pride in his job.

Dwayne was united in holy matrimony to Nakia Ross on August 10, 1996 at St. Marks AME Church in Milwaukee, WI. The love they shared was one of a kind, unbreakable and priceless.

To send flowers to the family or plant a tree in memory of Mr. Dwayne "Daddy Wayne" Ross, please visit our Heartfelt Sympathies Store.

Receive notifications about information and event scheduling for Mr. Dwayne

We encourage you to share your most beloved memories of Mr. Dwayne here, so that the family and other loved ones can always see it. You can upload cherished photographs, or share your favorite stories, and can even comment on those shared by others.

Posted Sep 12, 2019 at 08:52am
Please accept our most heartfelt sympathies for your loss... Our thoughts are with you and your family during this difficult time.

The Grand Family - Mike Ross purchased the Dreams from the Heart Bouquet for the family of Mr. Dwayne Ross. Send Flowers

Posted Sep 04, 2019 at 12:13am
This is so heartbreaking....I love you Daddy Wayne. You were amazing to everyone you came across and you’ll forever be remembered for it. 😩 prayers up !!
Comment Share
Share via:
SJ

Posted Sep 03, 2019 at 08:29pm
My heart is broken. I love you Dwayne Ross. You are the best big brother any girl could ever wish for. I will never forget all the wonderful things you did for me while I was growing up. You had more patience with me than anyone when it came to teaching me how to drive. I remember turning the corner going way too fast for the turn, and almost hitting a squad car. You started freaking out thinking we were both going to jail. 😂 But the nice officers (yes at one time there were nice cops around) just smiled and waved us off. I remember when my mom wouldn’t buy me the cute summer skorts (for those of you who remember what these were) and skirts, you took me to 3-5-7 at Capitol Court, and bought me any and everything I wanted. #YesIusedtobeevensmallerthanthat
I remember calling you five years ago about my breakup, and you reminded me how I much I deserved someone much better. You also told me to get your approval first and foremost before I call myself getting serious with another guy. I would call you day in and day out crying like a baby. You never rushed me off the phone and you always listened and consoled me. I recall just recently visiting you around Christmas, and you rode with me to pick up my son from visiting with his dad. You said you needed to make sure I would be okay. You loved me like no other man has. Your love was true and unconditional and you cared for me even deeper. There’s not a birthday or Mother’s Day that has gone by without me receiving something from you. I love you brother. I truly wish we could have more time together. My heart is broken. 😢😢 #blooddidntbondusbutlovedid
Comment Share
Share via: 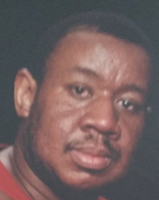