To share your memory on the wall of Mr. Donald Troupe, sign in using one of the following options:

Provide comfort for the family by sending flowers or planting a tree in memory of Mr. Donald Troupe

Provide comfort for the family by sending flowers or planting a tree in memory of Mr. Donald Troupe

Receive notifications about information and event scheduling for Mr. Donald

We encourage you to share your most beloved memories of Mr. Donald here, so that the family and other loved ones can always see it. You can upload cherished photographs, or share your favorite stories, and can even comment on those shared by others.

Posted May 31, 2019 at 09:59am
Jehovah God said that there is going to be a ressurection of both the righteous and the unrighteous at john5 28,29
Comment Share
Share via:
T

Posted May 31, 2019 at 07:18am
My heartfelt condolences for your loss. May the God who comforts all who mourn help to sustain you during this most difficult time, as you await the fulfillment of Gods promise to be reunited with your loved one again (John 6:40)
Comment Share
Share via:

Posted May 19, 2019 at 03:08am
Donald worked with me at the Shell Service Station off Wall Triana Hwy, Huntsville, AL. We met July 2003, both of us hired in just weeks apart, by our boss Dana Helms. Our third year anniversary at the Shell "Donald gave Dana and I a collectible knife by Dale Earnhardt". Donald started delivering mail for the Post Office, while working at the shell 3rd shift. He was a dedicated worker, getting the job done, he had been hired to do, but that's it, everyone else better do their job too. He'd help a friend out, another wards, I'll scratch your back if you'll scratch mine, but don't ever think you had the upper hand on him cause he was always one step ahead. He was always full of high spirits, lots of humor and love for everyone. Even when he wasn't feeling well, he came to work, not only because he just didn't believe in calling off work, but because he loved his family and he wanted nothing but the best, for his wife, children, and grandchildren. We were so surprised when we found out both of our grandson's were named the same name with separate spellings. His grandson was Jaylin and mine was Jaylon. I was fortunate enough to see him, his wife, and his grandson at the VA, not that long ago. Donald couldn't wait to show me how much his grandson "Jaylin" had grown and tell me what a fine young man he had turned out to be, "almost as handsome as me" he said with his genuine smile and looked at Jaylin and said that's my pride and joy. Also, wanted to know how my grandson "Jaylon" was doing and he couldn't believe that beautiful baby girl (Gabriel), that I kept at the shell, was in college, LOL. I am very fortunate to have known Donald-the person, who cheered everyone up with his laughter and beautiful smile. You will be missed and will always be loved by everyone that had the chance to know you. I am proud to say Donald was not only a co-worker but he truly was my friend. Go Army! God Bless All of You, with Love from Cheryl Flemig, Husband, "David Flemig", Son "Luke Fields", daughters "Jennifer Anderson" & "Kissica Anderson", granddaughter "Gabriel Fields", grandson "Jaylon Fields", other co-workers, Dana Helms, Amanda Shaneyfelt, Tammy Brown, Jamey, Jackie Cofelt, Rachel Harringer. Sending Hugs and Prayers
Comment Share
Share via:
PM

Posted May 17, 2019 at 01:48pm
R I H MEMORIES WILL ALWAYS BE A IMPORTANT PART OF OUR LIVES .PRAYING FOR PEACE AND COMFORT FOR FAMILY AND FRIENDS OF MR DONALD TROUPE
Comment Share
Share via: 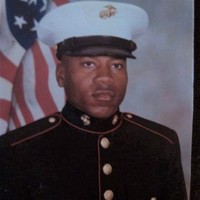