To share your memory on the wall of Minister Barbara Cameron, sign in using one of the following options:

To send flowers to the family or plant a tree in memory of Minister Barbara Cameron, please visit our Heartfelt Sympathies Store.

Receive notifications about information and event scheduling for Minister Barbara

We encourage you to share your most beloved memories of Minister Barbara here, so that the family and other loved ones can always see it. You can upload cherished photographs, or share your favorite stories, and can even comment on those shared by others.

Posted Dec 30, 2020 at 09:35pm
I'm lost for words but never lose the great memories n mentoring You gave me I love u n Always will the most beautifuliest SOUL Ive got to be blessed with in life...You will be greatly missed never forgotten
Comment Share
Share via:
DS

Posted Oct 26, 2020 at 11:11am
Kim & Kevin I'm so sorry for you lose, your mom was such a wonderful person inside and out. She was so good to me
and always had my back and helping me with my son. She would pray with me and that always made me feel special
to have such a good friend like she was. She talk about you two with such high regards and love you both so very much.
When I die I hope I get to see my dear friend again. May you have some comfort in know your mom touched so many people
in such a great way.
Sandy Myers
Comment Share
Share via:
LM

Posted Oct 24, 2020 at 11:51pm
Kim & Kevin I was so sorry to hear about your mom ,at this time of sorrow may you find comfort in your memories.
I will keep the family in prayer
WITH SYMPATHY Louise Martin
Comment Share
Share via:
PC

Posted Oct 20, 2020 at 12:10am
To The Nunnery Cameron Family you have my Heartfelt Condolences and prayers. Pastor Barbara Cameron my Friend, Sister, Mentor, and Prayer Warrior Rest in Peace Sweet Lady until we meet again.
I love you ❤️💜❤️
Comment Share
Share via:
MG

Condolences and prayers are going out to pastor Cameron family she was such a sweetheart and beautiful she will be missed.
MM

Michelle Marbury Auntie I love and will miss you so much.
A

To the Cameron family you have my heartfelt condolences and prayers . Albert kennemore.
4 Comments | Show All 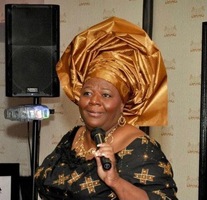 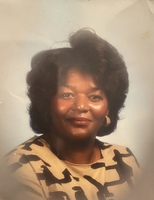