To share your memory on the wall of McKinley Duncan, sign in using one of the following options:

He confessed Christ at an early age and later united with Pilgrim Rest Baptist Church in New Market, AL under the leadership of Past... Read More
McKinley Duncan was born on January 10, 1962 to the late Bessie Mae Collins Groce and Mr. Grady Johnson.

He confessed Christ at an early age and later united with Pilgrim Rest Baptist Church in New Market, AL under the leadership of Pastor Brandon Nance.

McKinley was very skilled with his hands and past time by making Bar-B-Que grills and selling them throughout the area.

Not only did he sell Bar-B-Que grills, but he was a master griller and often hosted family gatherings at his home.

To send flowers to the family or plant a tree in memory of McKinley ""Bonnie", "Big Mack", "Mack"" Duncan, please visit our Heartfelt Sympathies Store.

Receive notifications about information and event scheduling for McKinley

We encourage you to share your most beloved memories of McKinley here, so that the family and other loved ones can always see it. You can upload cherished photographs, or share your favorite stories, and can even comment on those shared by others.

Posted Aug 30, 2020 at 12:29pm
My deepest condolences to our family. May God comfort and uplift us during this time of need.. R.I.P. Cuz you will be missed. Fly high
Comment Share
Share via:
JF

Posted Aug 30, 2020 at 12:05pm
Mack and I became friends when I was working a Hart & Cooley manufacturing co. He was a good and friendly person to everyone he met Mack loved his family and a great cook (loved that barbeque deer meat) if you need help he would do it or get someone that can. I remember whenI had major surgery Mack and another co-worker Eddie (now deceased) came to my home and did my lawn and I was grateful for that. Mack you will be truly missed may God look at you and say son great service to me and others you can rest now with me. My deepest condolences to the family. Ms.New Orleans.
Comment Share
Share via:
MJ

Posted Aug 30, 2020 at 09:21am
Sending our heartfelt condolences to the entire family of Mr. Duncan. He will be missed by many.
Comment Share
Share via:
P

Posted Aug 28, 2020 at 07:27pm
WISHING YOU AND YOUR FAMILY PEACE TO BRING COMORT AND THE COURAGE TO FACE THE DAYS AHEARD AND LOVING MEMORIES TO FOREVEN HOLD IN YOUR HEARTS. LOVE PAT.TIBBS
Comment Share
Share via:
BG

Posted Aug 26, 2020 at 10:25pm
Rest on my dear friend "Mac". A gentle soul has gained his wings. You Will be missed. I'm gonna miss seeing you in the hallway asking me "what you know good?" And I'd tell you "nobody but you". And then we smile. I'm going to keep smiling for you friend.
Comment Share
Share via: 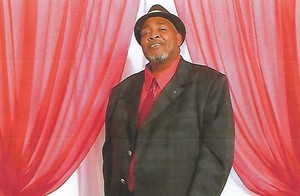