To share your memory on the wall of Mattie Ree Ross-Matthews, sign in using one of the following options:

In her early years, she learned the value of hard work by working with her dad and aunt in Knoxville,
TN. She learned and mastered everything from hospitality to hosting. She later married, had
children, and used catering as a livelihood to care for her family. She was a fantastic cook and highly
successful caterer because it combined several of the things she loved: food, friends, and fun.
Mattie Ree was a people person. Those that came to visit usually wanted to stay. Friends would stop
by and eventually become family. Everyone in the neighborhood knew who she was and what she
believed. Her favorite scripture was John 10:10, “I have come, that they may have life and life more
abundantly;” and abundantly she lived.

Living life to the fullest was a ritual--traveling, seeing new things, and meeting new people. It was
important to her for her children to be introduced to the extraordinary things of life. She instilled in
them to never accept defeat. Learn all you can from every situation and use it to better yourself.
Settling for less was never an option. This value extended far past her children—all children connected to her became her children as well. If she had it, everyone had it because she believed in “the village.”
She eventually set catering aside and became one of the first black women to work on the line at
Raytheon. She moved from there to Chrysler as a production worker, from which she later retired
after 18 years. After retirement, she traveled and continued to experience life to the fullest.

Mattie Ree was the mother of nine children:
Gaylord L. Leslie (deceased), Sandra A. Hyder-Wesley (Arthur), Darlene Hyder (Fergus), Wanda
J. Leslie, Nadine Leslie (deceased), Leslie A. Matthews, Leo Matthews Jr. (Deborah), Nicole
Matthews, and Felton L. Matthews (Dawn). Along with her children, she leaves to cherish her memory:
one brother, Glenn (Ruby) Moore; one nephew, G. Rashad Moore; one niece, Latonya Moore; a
sister-cousin, Louise Sloan of Cleveland, OH; 14 grandchildren; 31 great-grandchildren; five great-great-grandchildren; two great-nieces; two great-nephews; and a host of other family and friends.
Mattie Ree was the ultimate example of living an abundant, Godly life. She was a constant pillar of
strength, continuously overcoming insurmountable trials and making it look easy. She loved God, her
family, and dancing. And now, the spectacular, extraordinary, one of a kind Mattie Ree, is dancing
with our Heavenly Father forever.
Read Less

To send flowers to the family or plant a tree in memory of Mattie Ree Ross-Matthews, please visit our Heartfelt Sympathies Store.

Receive notifications about information and event scheduling for Mattie Ree

We encourage you to share your most beloved memories of Mattie Ree here, so that the family and other loved ones can always see it. You can upload cherished photographs, or share your favorite stories, and can even comment on those shared by others.

Posted Jan 26, 2021 at 01:38pm
Ms. Matrie Ree will be missed, she had the best sense of humor and was always a kind spirit. You all are in my prayers. God bless.
Comment Share
Share via:
FL

Posted Jan 26, 2021 at 07:56am
Sending heartfelt condolences to Felton, Nicole, Leslie, Leo and the entire Matthews Family. I pray GOD gives each of you peace, comfort and understanding during this most difficult time.

Posted Jan 26, 2021 at 01:47am
To the family of Ms. Mattie Ree you have my deepest sympathy. She was one of the mothers in the neighborhood that I learned so much from growing up. She was the sweetest lady.
Comment Share
Share via:
MC

Posted Jan 24, 2021 at 08:17pm
My thoughts and prayers are with Sandra Hyder-Wesley and the entire family during your season of grief. Although your hearts may be heavy now--please know that there are indeed brighter days ahead. May the God of all comfort give to each of you His, peace, His power and His presence.
Comment Share
Share via: 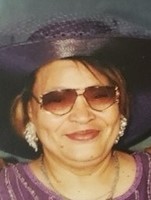 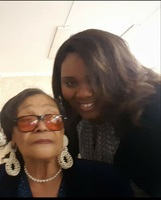 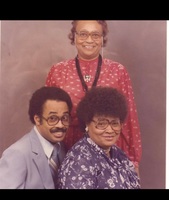