To share your memory on the wall of Lonnie Keys, sign in using one of the following options:

Print
Lonnie Keys was born June 22, 1947, to the union of Donna Harris Keys and Archie Keys. Lonnie accepted Christ at an early age. After high school, he moved to Detroit, Michigan, and started working with Chrysler Corporation.

Lonnie reloca... Read More
Lonnie Keys was born June 22, 1947, to the union of Donna Harris Keys and Archie Keys. Lonnie accepted Christ at an early age. After high school, he moved to Detroit, Michigan, and started working with Chrysler Corporation.

Lonnie relocated to Huntsville, AL, where he later joined West Mastin Lake Baptist Church. He served as an usher and loved working in the garden.

To send flowers to the family or plant a tree in memory of Lonnie Keys, please visit our Heartfelt Sympathies Store.

Receive notifications about information and event scheduling for Lonnie

We encourage you to share your most beloved memories of Lonnie here, so that the family and other loved ones can always see it. You can upload cherished photographs, or share your favorite stories, and can even comment on those shared by others.

Guaranteed hand delivery by a local florist
B

Posted May 22, 2020 at 09:03pm
Brother Keys was such a kind person, such a sweet spirit.
He always greeted me warmly when I visited West Mastin Lake, talking about going to a new spot to fish.
He was a dedicated usher, and he always helped out wherever he was needed. I appreciate every kindness he
demonstrated toward my family, especially my mom, and myself. I will truly miss him.
Comment Share
Share via:
MS

Posted May 22, 2020 at 06:53pm
Brother Keys was a nice person who always brought me vegetables from the garden. He always had a kind word to share. He will be missed. I'm keeping the Key family in my prayers.

Posted May 22, 2020 at 06:43pm
I remember the love that Lonnie exemplified whenever I saw him. He was always smiling and grinning, I never heard an unkind word from his mouth.
I especially appreciated Lonnie and his daughters barbecuing for the church VBS. The meat was loved by all. May God give the family peace during their grieving process....😇💜🙏
Comment Share
Share via:

Posted May 22, 2020 at 03:56pm
Lonnie was a good and loving friend to our family. I enjoyed going fishing with him and talking with him about everything under the sun. He was so helpful to my son when he was in college and he was always kind to my 89 year old mother, going out of his way to speak to her when he saw her and bring her things from the garden. He taught me a thing or two about barbecue grilling and he was always a supportive, hard worker in everything that he did. As a dedicated church member and usher who gave us a sense of security when he stood his post at the door, with an easy smile and a pleasant, humble spirit, Lonnie will never be forgotten and we offer our deepest condolences to his wife and family as he now Rests in Paradise.
The Simpson Family
Comment Share
Share via:
CK

Posted May 19, 2020 at 12:16pm
We will miss Brother Lonnie. We have know him many years and will miss his smile that lit the room, his laugh, his serving as an usher at West Mastin Lake Baptist Church, and our fellowship with him. Lonnie was a wonderful man, and will be remembered with love. Truly a great loss for us, but a great gain for Heaven!!! "Precious in the site of the Lord is the death of His Saints" (Psalms 116:15). May God bless the Golria and children and all his family and friends. We love you Lonnie!!! 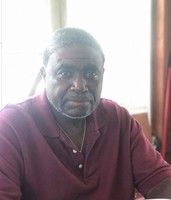