To share your memory on the wall of Andrea Brezzell, sign in using one of the following options:

Andrea’s favorite bird was the humming bird hummingbirds are a reminder that our happiness lies within us. Only when we accept that there are bitter parts to life, will we be able to allow our inner peace to grow, which in turn, gives us the freedom to enjoy the sweet side of life.
Just look at the tiny, insignificant hummingbird, who everyday finds delicious nectar deep within the tough, bitter parts of the flower.
Read Less

To plant a memorial tree in honor of Andrea Brezzell, please visit our Heartfelt Sympathies Store.

Receive notifications about information and event scheduling for Andrea

Print
Family will have a private memorial service.

We encourage you to share your most beloved memories of Andrea here, so that the family and other loved ones can always see it. You can upload cherished photographs, or share your favorite stories, and can even comment on those shared by others.

Posted Jul 30, 2020 at 12:53pm
Andrea is forever in my heart. She is a picture of strength, faith over fear, courage and love. I know she is a child of God, I know she rests in waiting for that second coming of Christ. I know she is at peace. I also know she is loved and missed. I wished there was something to be said to the hearts that need healing; the only thing that comes in mind is "BUT GOD". Remember the Lord's faithfulness , because Drea would. Remember God is loving, because Drea would. Remember that God will lift you up, give you strength and carry you through ; because Drea would. She will forever be remembered as amazing mother, wife, sister, friend, daughter, neighbor, cousin. Love you Drea! Miss you!
Comment Share
Share via:
AA

Posted Jul 24, 2020 at 11:04am
My neighbor that was "that neighbor" you could go to for anything! I loved her, even when she shot it straight from the hip. She passionately loved God and her family beyond the universe. Her spirit is no longer contained in that vessel but freely roaming glory with the God she served. Andrea I miss you, your realness and the liveliness you brought wherever you went. I'll hug on your babies because I would want you to do it for mine. I thank God our paths crossed...I love you.
Comment Share
Share via:

Posted Jul 23, 2020 at 09:36pm
I had the pleasure of meeting Andrea when we were both homeschooling our children many years ago. She was so energetic and warm, I was immediately drawn to her. Whenever we saw each other, it was so easy to pick up from where we had left off. She was a phenomenal person, I will miss her. Prayers for David, Precious, Ira and her granddaughter as well as her remaining family and friends
Comment Share
Share via:
DK

Posted Jul 22, 2020 at 12:18pm
Sister Brezzell will truly be missed. When I joined Twilight she took me by the hand and gave me advice and leadership. She was more than an OES Sister, she was a great friend.
My prayers go out to the family and everyone who loved her.
RIH Sister Brezzell
Sister DeUndrea King
Comment Share
Share via: 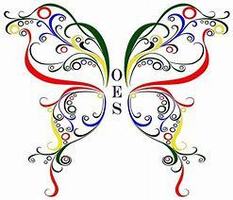